A Big Year Ahead for John Mayer 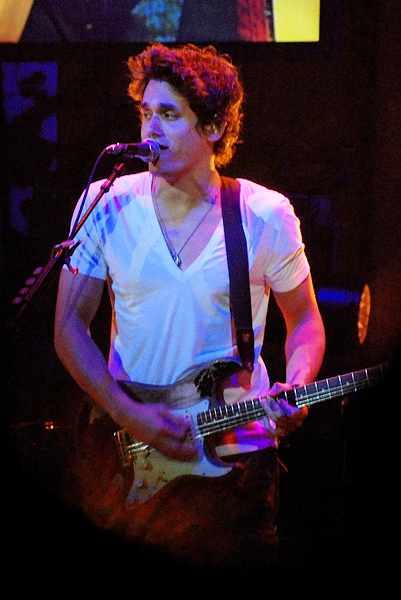 At the start of 2019, John Mayer’s talk show, “Current Mood” (filmed on Instagram live), was beginning to take off. Since then, he’s announced two tours and released a single titled “I Guess I Just Feel Like,” so things are moving for Mayer. At the start of the summer, you can see him with Dead & Company, the revival of the Grateful Dead featuring four of their original members. Then in the late summer (or the start of fall), he’s taking his solo band on the road. He’ll be in Dallas in September at the American Airlines Arena.

His new track is an excellent insight into where he’s at right now. The beautiful part about music is how these artists can show their emotions and passions through their songs. In January, he gave his fans a sneak peek to the track when he posted a video playing the song’s solo on Instagram. Fans hoped to hear it soon after that, but he created suspense like any good artist would do. “I Guess I Just Feel Like” was released on February 22nd, which was the perfect way to start the weekend. Since then, it has topped the charts and been received rather well. His sound has continued to change over the years, and it’s always fun to hear one of his new tracks, “I Guess I Just Feel Like” will most surely become a Mayer classic.

“Current Mood” is a project of Mayer’s that he started in late 2018. He always wanted a talk show; he even tried having a TV show in the early 2000s, but it only lasted a couple of years. Now, he’s set up a set in his home in Los Angeles and has famous guests over to do his show. The show airs most Sunday evenings; he says it’s his way to send people into the week smoothly; fans almost rely on this show. His guests have been celebrities such as David Spade, Dave Chappelle, Charlie Puth and Halsey. He’ll come on the air and has a routine to the show; the show is raw, Mayer will talk about whatever is on his mind. He’s even had a few special shows (all of them are available on Instagram TV on his Instagram page), one where he made his set all black, put on a black suit and talked about his theory on pants, which was a spontaneous decision. In another (a recent one), Vanity Fair had contacted him about doing a show on their Oscars red carpet and John had quite a few guests on, making it all a surprise for the fans.

Mayer can almost be considered a comedian, and his ‘segments’ on Current Mood are outstanding. One of them is titled “Can I talk to you over here for a minute?” where he discusses things he has a problem with, or he gives his insights. Often Mayer will also do a musical performance with his guests, who are often musicians. Maybe the best part about this show is the behind-the-scenes banter. He invites friends over to watch the show in the back, people like Bob Saget and others, who make the experience even more comical. At the end of each show, he sends the audience on their ways with a few minutes of chat, meant to calm them for the week. Mayer talks a lot about how the show’s come together and how magical it’s been; it’s created quite a following. The only question now is will it go to the next level; maybe a spot on real TV? There are things he could do to take the show to another level, but it is important for him to realize the aforementioned things that have made it so popular.

John Mayer has kept his fans on their toes so far this year, as he always has something up his sleeve. His presence online has been a welcome change; in the times one feels the internet has nothing to give and it’s always the same, boring content (which is rather frequent), he is there. He is moving things currently moving at a steady pace, so maybe an album drop is coming soon.