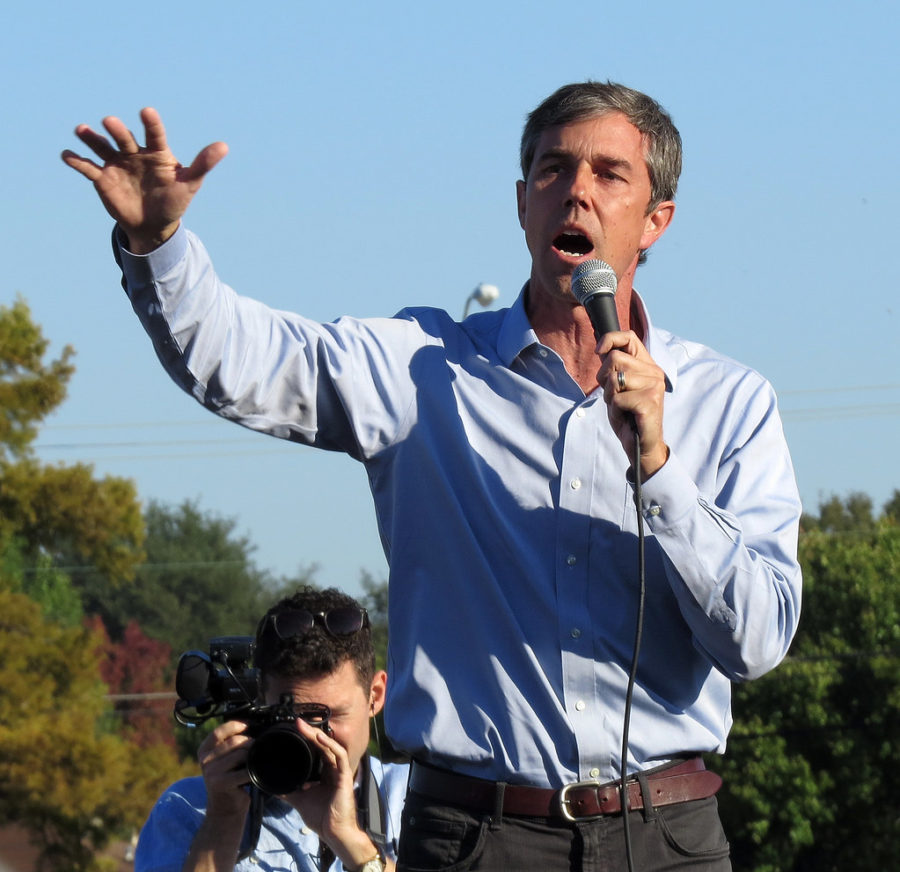 Beto O’Rourke made the front page of virtually every newspaper in America when he said, “Hell yes, we’re going to take your AR-15, your AK-47, we’re not going to allow it to be used on fellow Americans anymore.” This statement was very controversial. Many Democrats came out after the incident and said that the clip of Beto saying this will be held over the Democratic Party’s head for a long time because this is exactly what many Republicans fear. However, to see how effective a ban on AR-15s and AK-47s would be, we need to analyze it without any emotions and see if it is legal and if it would work.

Beto claims that his proposal is constitutional under the Commerce Clause of the Constitution. This says that the Congress shall have the power “To regulate Commerce with foreign Nations, and among the several States, and with the Indian Tribes.” However, there is one major problem with using the Commerce Clause to justify this action. The keyword in the Commerce Clause is among. This means that Congress has the power to regulate interstate commerce, not intrastate commerce. Another keyword in the Commerce Clause, ironically, is the word commerce itself. Commerce is defined as the exchange, buying, or selling of commodities. Under the Commerce Clause, the government has no authority to confiscate your AR-15 if you already own it. Beto also says that these guns should be illegal because they are “military-style weapons of war.” However, this is exactly why they must be legal. The 2nd Amendment was written by a people who had just fended off a tyrannical government. Without their access to arms, the government would have no reason to fear the people. When you look at the 2nd Amendment like this, it’s clear to see how Beto’s proposal violates the 2nd Amendment and how someone some people would stand up to the government if something like this happened.

Beto’s argument for confiscation is that it would save many lives. However, this is not entirely true. Beto says that his plan would be just as successful as a similar plan that passed in Australia in 1996. However, this plan did not do much by itself to lower the homicide rate in Australia. In Australia, the homicide rate per 100,000 people in 1996 was 1.9. In the US, it was 7.3. In 2017, the homicide rate was 0.8 in Australia and 5.3 in the US. What this means is that in the same time, the US’s homicide rate dropped by 2 per 100,000 and Australia’s dropped by 1.1, so Australia’s did drop by a higher percentage. However, during this period in the US, there was the Assault Weapons Ban that lasted from 1994 to 2004. This act was not renewed because it did not help with the homicide rate in America. There have been many studies, both government-led and independent, that have said that the assault weapons ban did not help. Another reason that an assault weapon ban would not help is the fact that so few homicides are committed with assault weapons. The vast majority of murders are done with handguns. If Beto really cared about saving lives, he would be pushing for a handgun ban to save as many lives as possible.

Beto’s proposed AR-15 confiscation faces many problems, both in terms of legality and effectiveness. The 1994 Assault Weapon ban did not do anything to lower the homicide rate and there’s no evidence that a new ban would do anything. His proposal is also unconstitutional because it clearly violates the 2nd Amendment and any attempt to make it seem constitutional holds no water. This ban on AR-15s fails and is an attempt to remove Americans’ rights.

The views in this article are those of the author and not necessarily those of The Cistercian Informer.