Responding to the Shapiro Article 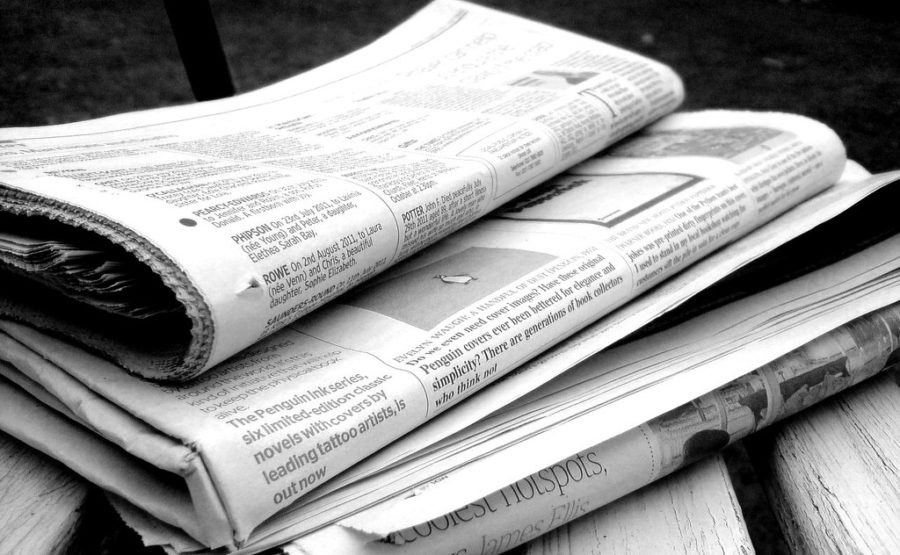 Some years are better than others for The Cistercian Informer, depending on whether upperclassmen take the proverbial bull by the horns, build a solid editorial leadership team and strive to spur community-wide interest in the paper.  It seems that this is one of the better years. When I look around the Form I classroom at 8:15am and see my students engrossed in its pages and opining about their favorite article, I’m happy about how the day is beginning.

I am also impressed that the editorial staff has been warmly receptive to teacher feedback, both in conversation and in writing.  That they and their student contributors not only want to be heard but to engage others in the community besides their immediate peers seems to me to be something positive.

I mention this because I find it disappointing when people in a community, whether this one or others, can’t gain enough traction or flat out interest to initiate calm, mutually respectful conversation about real things that matter.  Too often people remain silent through fear of judgment, mindlessly being labeled hateful, or because past experience cautions against pursuing a predictably fruitless endeavor.  From the Christian point of view, we are called to be counter-cultural, and to learn how to listen and speak to others with charity and respect, even about “hot-button issues.”

With that in mind, I will opine briefly about the Cistercian Bubble and Ben Shapiro articles from the last edition.  Hats off to those authors for entering into the fray with their bold minority opinions.  Quite honestly, I enjoyed the buzz around campus sparked by their rather provocative pieces.  The Cistercian Bubble article was never quite able to untangle itself from the question of diversity – as if that were the critical piece holding Cistercian back from becoming a welcoming place.  The real problem that the author has to contend with is not that the students are limited by the school in the number of races or kinds of ideas that they are “exposed” to here.  It is, rather, the constant struggle of learning how to engage others in discussion without dismissing or disparaging them.

Keeping with the diversity question but tying it in with the Shapiro article, I agree completely with the author on this fact: we are all equal irrespective of our skin color.  What that means, though, is that the most meaningful diversity has more to do with people’s various life experiences – personally or in community, religiously and culturally, socio-economically.  And diversity as an end in itself will not by itself lead us to a better community without also some unifying purpose around which we can gather and work together.

Shapiro can be a jerk at times, but as a matter of fairness, when anyone says boneheaded or immoral things and later clarifies or apologizes for them, as Shapiro has done on occasion, that should never be glossed over in a critical op-ed piece trying to influence others.  Otherwise, we are left with a caricature.  Selective evidence makes for a weak argument.

On the attempt to undermine one’s opponents, it is never the case that because they make one wrong argument, then their other arguments are invalid or not worth listening to. That’s a kind of ad hominem logical fallacy.  If Shapiro was wrong when he argued that the U.S. should have engaged Iran militarily, that has nothing to do with whether his arguments against abortion stand up to scrutiny.

I appreciate once again the opportunity to discuss cordially and will conclude by allying myself further with one of the authors:  that it is, in fact, a terrible idea to have a lightning rod as our commencement speaker.