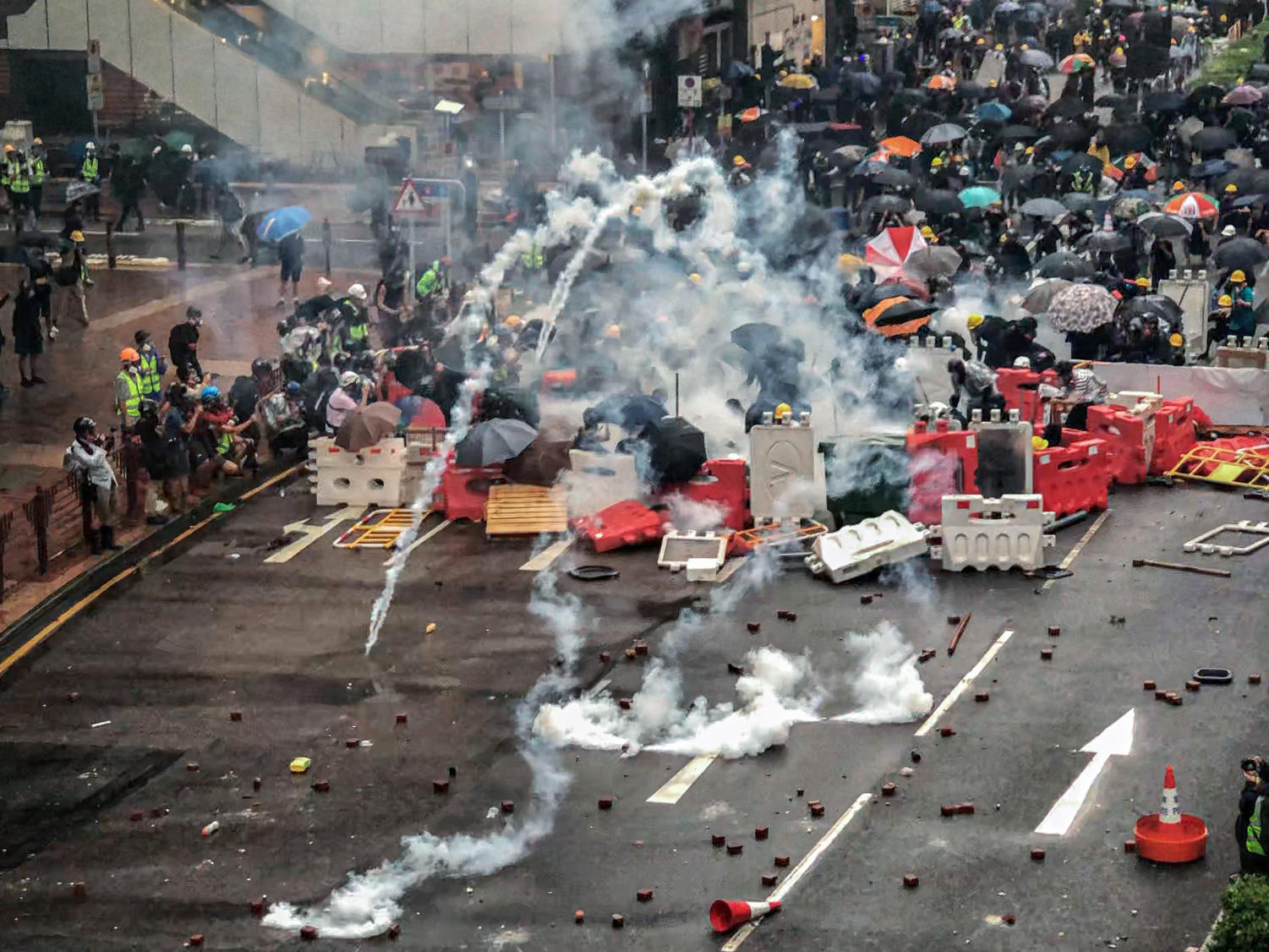 Riots for Freedom in Hong Kong

Writing an objective article is very difficult when speaking about the situation that has been unfurling in Hong Kong since March.  It’s difficult to not let a sense of awe creep into this article when speaking about the resilience and bravery of the Hong Kong citizens that continue to stand up for their rights, even in the face of a tyrannical government.  The police have shot at civilians with rubber bullets, thrown tear gas at them, planted evidence on them, beaten them half to death with batons, held loaded guns to their heads, and used A.I. to systematically track down and arrest them.  And yet, even though civil rights leaders like Jimmy Sham have had their heads bashed in by thugs with hammers, the citizens of Hong Kong persist in their protests for freedom.  These brave citizens continue to protest, and the world should be united in cheering on such a noble cause.

The real tensions began in 2014 when students protested a new bill in the “Umbrella Revolution.”  This new bill would change the structure of the Hong Kong electoral system effectively allowing for the Chinese Communist Party to pre-screen the candidates for the position of Chief Executive of Hong Kong before they were presented to the public for elections.  This violated the autonomy for Hong Kong that was negotiated by United Kingdom Prime Minister Margaret Thatcher and Chinese Premier Zi-yang in 1984.  The island is still part of China’s surveillance state, still gets to experience capitalism, and if a Chinese law violates Hong Kong’s Basic Law, then that law wouldn’t actually be put into effect for the citizens.  Essentially, the Basic Law serves as Hong Kong’s constitution and it gives the citizens of the island some basic rights and liberties that aren’t offered on mainland China.  This Basic Law also gives judges the ability to declare a new law “incompetent,” which is the same thing as a United States federal judge ruling something “unconstitutional.”  These 2014 protests, unfortunately, were unable to change anything, but it made students much more aware of the legal relations between Hong Kong and China and of their civil rights and liberties.

In 2019, an extradition bill was introduced in Hong Kong that would essentially force Hong Kong to extradite prisoners to mainland China, even if there were no extradition treaty in place currently.  This would obviously set a dangerous precedent that violated Hong Kong’s autonomy, since it would mean that a Hong Kong resident who went to China, spoke out against the government, and then returned to Hong Kong would be shipped back to China, processed in their courts of law, and punished according to mainland China’s “justice” system.  At the same time, any Chinese activist seeking refuge in Hong Kong would have been unable to do so and Hong Kong would be forced to ship them back to China to be put on trial.  This bill was withdrawn on September 4th, but the citizens of Hong Kong are now fighting for four more demands:  the resignation of Carrie Lam (current Chief Executive of Hong Kong), independent inquiry into the horrific police brutality plaguing Hong Kong lately, a release of those who have been arrested for democracy, and greater democratic freedoms (like a surveillance-free state.)

When faced with this valiant history, it’s no wonder that Americans are in awe of the bright fire of determination inside the heart of every Hong Kong protester while fighting police atrocities.  The flame of Liberty has sparked something inside the people of Hong Kong, and it seems to be growing into an inferno that will soon consume the island.