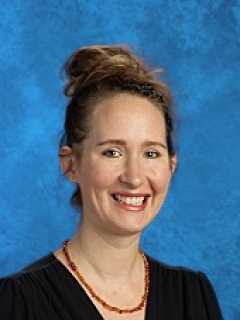 This semester, Cistercian Theater will be putting on Shakespeare’s A Midsummer Night’s Dream for its annual high school show. Directing this play is Cistercian’s new drama head, Mrs. Tasia Magill, who in addition to leading our theater runs her own multimedia arts center, Arts Mission Oak Cliff. I managed to find some time just before a rehearsal to talk to her and learn what she loves about teaching theater, what she does through Arts Mission Oak Cliff, and what she plans for Cistercian’s spring show.

This interview has been edited for length and clarity.

What initially got you into theater and then once you were into theater, what about it kept your interest there?

Awesome. I was in my first real play in fifth grade at St. Patrick Catholic School. I was Chorus Member Number 7, and I loved it because I got to be someone I wasn’t and I got to be a part of a team, an ensemble. To me, that’s so important for a middle school human.

What brought you back to it in college?

Then after graduating and deciding to pursue theater, how did you make your way to Cistercian?

That’s a great question. I started teaching at St. Patrick because that was the church that I went to and my former principal, who was a nun, was leaving. Right before she left, my former drama teacher was also leaving, so she approached me one day at church and was like, “Hey, do you want a job?” I’d just been praying like, “I need a job because I’m a theater human and I want to be an actor and I need something to pay the bills,” so it was truly a little mini-miracle.

I worked at St. Pat’s for eight years and I loved it so much there. I only left because I started my own business, which is Arts Mission Oak Cliff, which is its own artist co-working and education space in Oak Cliff in an old church.

At the same time I left, my husband started working here at Cistercian. It was almost the same job I had left. When I was not teaching and pursuing something unknown, like entrepreneurship in the arts, I was really sad. Watching him work here was hard for me. I was totally jealous. I coveted his job.

There were times that he really loved working here. He thought it was amazing. He really loved the students and the faculty and everyone was great, but he was not really feeling like he was being called to be a teacher as strongly anymore. I felt that I was, so I was like, “I have plots to take your job.”

Then we went into Father Paul’s office one day when it was time for him to renew his contract and he was like, “Hey, I want to introduce you to my wife and she would like this job.” He was like, “Great. Why don’t you go downstairs and fill out some paperwork?” That was that, now I’m here. 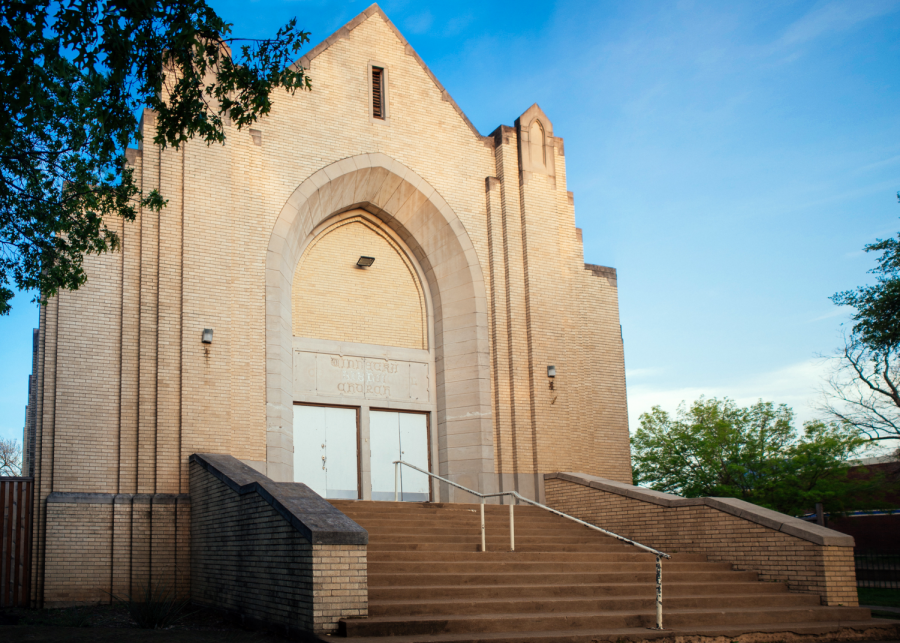 Can you explain what Arts Mission Oak Cliff is and does for the students?

Arts Mission Oak Cliff is an artist co-working space. It’s an old church that we restored, so when you walk in, you’re walking into the main sanctuary, but it’s all cleared out. We moved all the pews and all of that, so there’s a stage there and a wide open space. In the main sanctuary, we have theater and dance and music and opera and tap and all kinds of magical things. We do classes in there, rehearsals. It’s a great place for people to experiment and try new works out. Then back behind that space, we have a dance studio and a library that has all arts books in it, scripts and scores and DVDs and all kinds of things like that. Underground, we have a half basement and there’s another performance space down there, a recording studio, a costume shop, a visual arts studio, a workshop, office spaces, fiber arts studio, and a kitchen. It’s truly a place where all artists can come together and collaborate and be inspired by each other, have a place to be entrepreneurial, take risks, learn more, teach the community, all of that. That was my dream and it’s happening.

What I would say to the people of Cistercian is it is a place where you can have a stage screening of a play you’re working on, you can take a class if you want, you can request a class, you can hopefully do coffeehouse there one time and then, of course, be a patron of the arts. Come see shows there. We have really affordable rates. You can see all kinds of things that are happening locally all in one venue.

Is it called Arts Mission because of its association with the church or does it have a missionary component? Does it have special programs for underprivileged people?

For many people, creativity is their connection to God and being creative is how, how they connect with an all-powerful and all-inspiring source.”

Oh, this is great. I came up with 430 names for this place, trying to figure out what would be the name of it and because it is an old church, we were toying with, do we lean into the church names? Because it is not affiliated with the church at all. It’s just in the shell of a church.

For many people, creativity is their connection to God and being creative is how, how they connect with an all-powerful and all-inspiring source. To us, we had always joked, “Theater is church.” For us, it is. I mean, it’s where we go and participate and have community and share, very much like a church. There’s a stage. I mean, we share our stories with one another, we have empathy for one another, we are filled with the Spirit there.

It is not affiliated with the church; however, I like to think of myself as like a pastor there or whatever. I feel like it is my duty to the community and my neighborhood to be a source of … I don’t know how to put it. I feel like we bring people to God through art. It’s happening, anyway, whether we’re a church or not.

Arts Mission, I like to think of it as: What is Arts Mission in our culture and society, right? Arts Mission is to bring people together, have empathy, have community, inspire us to tell our stories for future generations, et cetera.

As far as serving underprivileged people, we are in the process of becoming a nonprofit right now, so we are hoping that we can raise money to serve artists who typically don’t have a lot of money so that they can afford to be in the space so that we can pay them.

Yes, we can pay them to have a residency there. We encourage them and inspire them by saying, “You are worthy, you have value. Here is money. Come create something brand new here.” Then, in turn, that will create a season for us at Arts Mission that will embody the community, the artist community that we serve, which is theater-makers and dancers and musicians and everyone. When you are a patron or a subscriber at Arts Mission, you can see all of that, all of that in one place.

All right, now turning to Cistercian’s theater, what was the thinking behind picking A Midsummer Night’s Dream for your first play here?

I love Shakespeare. I have been teaching Shakespeare to high school students for 13 years. I was a part of a high school Shakespeare program. I think Shakespeare’s one of the greatest storytellers. As my aesthetic has evolved as a theater artist, I’m really only interested in telling really great stories. I don’t know that all theater is telling great stories, but Shakespeare, he got something right because we’re still doing it and I love it.

A Midsummer Night’s Dream, I feel like, is the most accessible and a great gateway Shakespeare to get you into the other ones. It’s funny, it’s got magic, it’s got love, and-

… It’s not super depressing, right. I think it’s a great one to start with. I want to do lots of Shakespeare here. I feel like this is a good one for people to be like, “Oh, yeah, okay. I don’t feel dumb when I’m watching this. I don’t feel dumb when I’m acting in this. I get it. I like it.” You can do a lot with a little production-wise, as well. You can make a lot of bang for your buck, so I like that, too.

I think the most exciting thing for them is going to be seeing their classmates rise to the occasion where they may not have expected that from them. I think that goes for classmates and faculty members and everything. That’s typically the feedback I get when the student body comes to see a show. They’re like, “Oh, so and so? I never thought he could do that,” or, “I never thought he’d be able to do this.” I think that is exciting in and of itself. These are your friends taking on new roles that you would have never expected them to do.

Then on top of that, don’t be intimidated by the fact that it’s Shakespeare. You will get it. You will get it because we are training in rehearsal every day to truly understand the text ourselves so that you will understand it as an audience member.

Then lastly, there’s comedy, so much comedy, and magic. That is going to be enough to delight all audiences. Oh, and it’s short, okay? You can still go out afterwards and have fun.