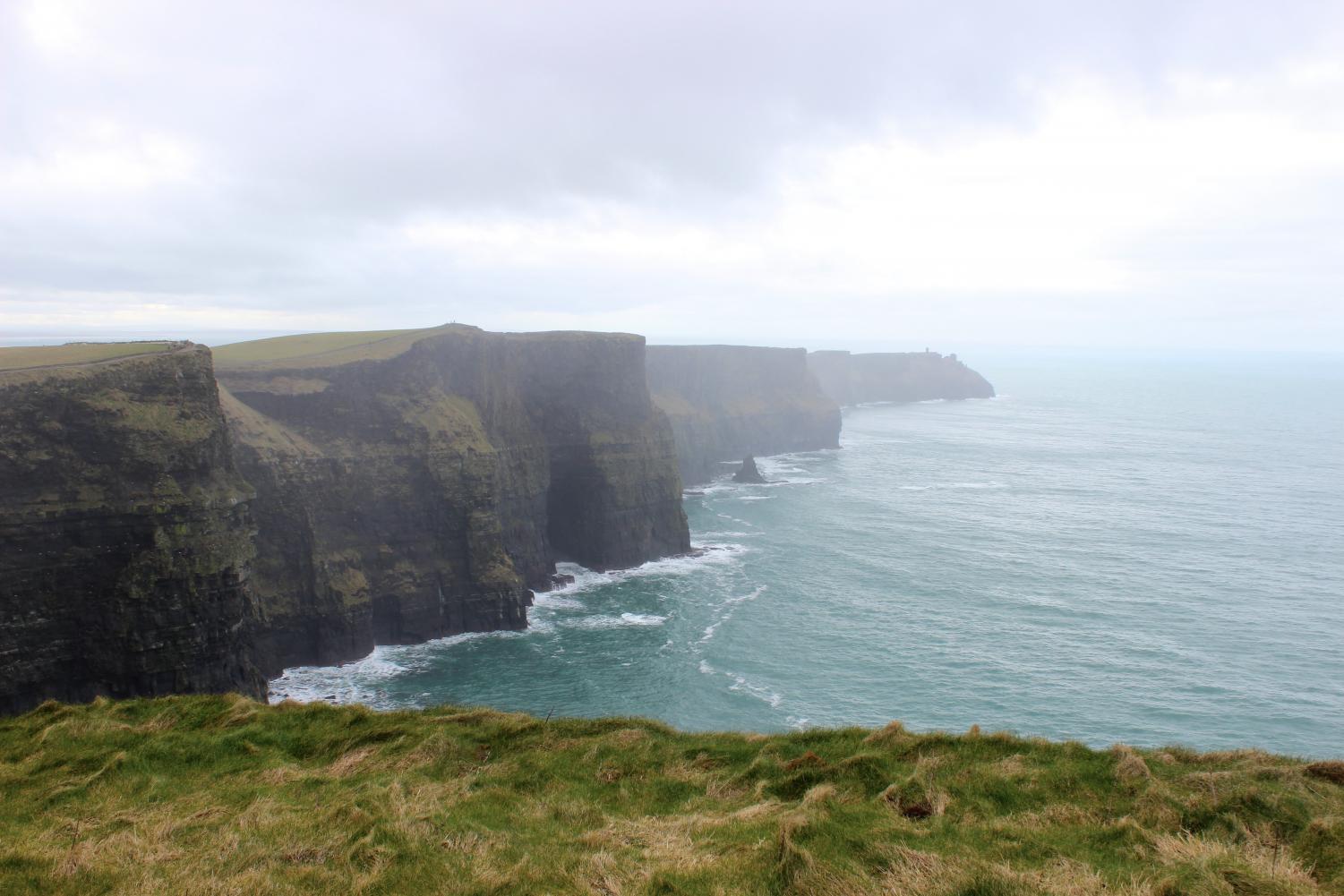 The cliffs slump to the sea

Heavy-eyed from years chiseled by the breath of frustrated time.

Soft mist shrouds the cliffs like a funeral veil

False footholds across the hungry void.

Throw themselves against the enemy wall to die in defeated roars

Above they seem but toy soldiers

The world blinks as my chapped fingers glide

Roughly along the charged grey wire

I heard a story once where a man urinated on charged wire and died from electrocution.

I don’t know what death is.

Blackness or brilliance or pain or peace or joy or violence

Separate everything and nothing

The brown wood and the black flame.

The world spins as the grass consumes my legs and

Captive mind pendulums back and forth

Trapped by a twisted gypsy drunk on sickening fumes.

Bile rises as my insides writhe like twisted tentacles

In a gordian knot of throbbing panic.

Quickly I could jump from the rock and

Greet nothingness with a smile

As my mother screams my name in agony

Because I will know what no living person knows.

I think I know what life is.

Life moves in bright colors and complexities and

The soccer ball but a couple sprinting steps away.

Closing in my mind thinks nothing but the spinning white orb

One more step and the cliffs open before me and

I plunge over the edge and fall

Violently embracing the void as I grasp for God.

And demons curl warmly around my heart

I don’t know what life is.

Gazing wide-eyed up with churning whatever.

Think of the horrible sucking kiss

His demon mother laughing his name in joy

A smile etched on her twisted cavernous face.

Two sides of a miserable coin

Alice wails through the looking glass as her

Sobered I remember something as I walk