Trump Populism and the Future of American Democracy 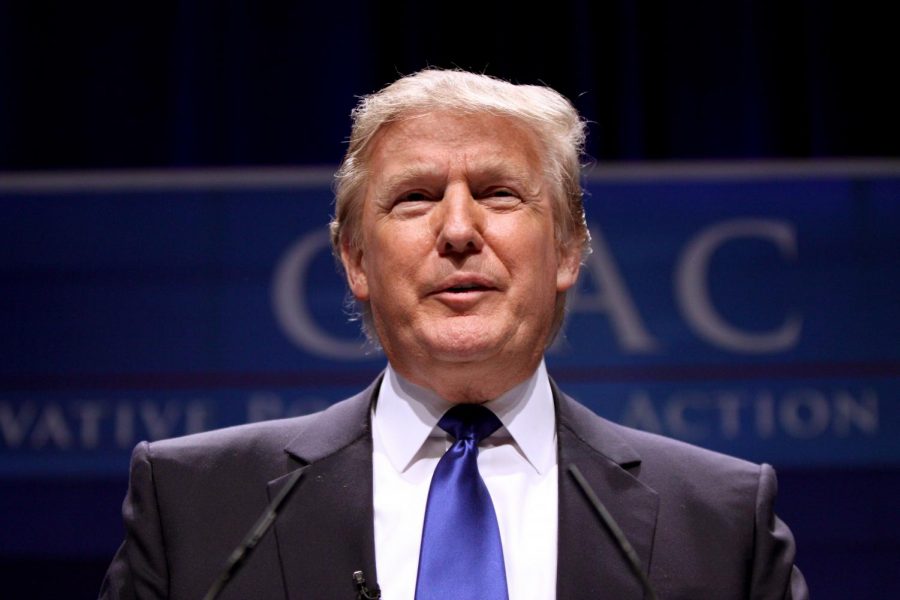 When Donald Trump was elected in 2016, it shocked the world. For the first time in decades, an outsider, a real estate mogul, had won the presidency, beating lifelong politicians from both parties. And yet, looking back on this, why were any of us shocked? Trump was nothing more than the logical conclusion of long-standing Republican strategy and sentiments that had been held by the American public, but were never fully expressed.

America has a long history with populist movements. One of the most successful was Theodore Roosevelt’s Bull-Moose Party. Like Trump, Roosevelt was an unlikely candidate for a populist movement, both of them coming from wealthy, elite New York families. Moreover, these candidates share the same incendiary attitude. The Nation magazine once described Roosevelt by saying “his violence of language, his recklessness of assertion, and his apparent inability to reason coherently make him a spectacle disturbing to his friends and mortifying to the country,” a description that could also be aptly attributed to Trump. However, unlike Roosevelt, Trump was able to tie a sense of restrictive nationalism into his campaign.

Trump was far from the first Republican to do this. Starting with Barry Goldwater in 1964 and perfected by Nixon in his 1968 and 1972 elections, the infamous “Southern Strategy” appeals to this type of nationalism.

Restrictive nationalism is a typified by an apparent lack of faith in the government and institutions of a country and a strict set of criteria for what it means to be a true citizen of your country. In America, this is most prevalent among Southern Evangelical Protestants. Those in America who subscribe to this type of nationalism most often attribute true citizenship to native birth, Christian faith, and English fluency. According to a 2016 study, 38% of Americans subscribed to this restrictive form of nationalism and over 50% of Americans espouse these views of true membership.

Shockingly, this number has not changed much at all in the past decades. Nixon pitched his campaign towards these groups. He talked of the “silent majority” and “law and order,” two terms that Trump has used often as well. Nixon used these terms to talk down to those protesting against the government, which was especially powerful during the riots of 1968. Those in the South often saw those rioters as anti-American and Nixon appealed to this with his rhetoric, like Trump has done with the George Floyd riots.

And yet, if these examples from history show us that Trump was not unique, why was his election such a shock? The 2016 presidential race between Trump and Clinton was unique because, for the first time, it truly was a fight for the meaning of America. Trump championed a restrictive nationalism, highlighted with his talk of building a wall, draining the swamp, and attacking the previous Obama administration. Clinton, on the other hand, campaigned on a platform of creedal nationalism, with principles of pride in the American government and the idea that anyone, regardless of creed, race, or language, can be a part of this nation.

While over the last few decades we have seen radical polarization of the political parties, this split over the basic identity of America is even more dangerous than the party divide. This split threatens the basic tenets of our democracy, such as mutual toleration or the idea that those elected want to truly help the country. We need no better example of this than 2020.

Trump and his supporters were unable, or unwilling, to accept the newly elected Biden administration as legitimate. Instead, they launched into frivolous lawsuits and incendiary rhetoric, coming to a head with the Capitol riot. This is the consequence of attacking the basic principles on which our democracy stands.

The second basic tenet of our democracy that Trump endangered was the idea of procedural forbearance. This is the idea that those in power should not target their political opponents to try to remove them from office or defame them for frivolous things. Trump did this with the investigations into Clinton and Biden, as well as the election lawsuits. While these may have been constitutional, they endanger our democracy because they threaten to undermine the good-faith debate which democracy is built upon.

Now looking at the 2020 election, what changed? Did these long-held beliefs magically go away over four years? I think the answer to this is obviously negative. However, unlike in 2016, America had a singular event around which the nation could be rallied. The COVID-19 pandemic and the Trump administration’s response to this gave many Americans the chance to look beyond their idea about America’s nationhood and vote for a candidate who they believed could be better for America in this time. However, if this is the case, who knows what will happen in 2024. Will there be another candidate like Trump or even Trump himself? No one can say for sure, but these next years will be vitally important for the continuation of our democracy. Now that Trump has torn down many of the norms of our democracy and opened the door to this new type of rhetoric, this could become the new normal for our system. We may continue to see party lines be drawn on our ideas about the nationhood of America and not on policy. In this case, I worry that the logical next step is civil war if the fundamental views of different Americans are incompatible.

Not wanting to end on that sour note, I am hopeful that American democracy will right itself. We have weathered the storm for 244 years, and this will hopefully just be a bump in the road. We need both parties to recognize that, while exploiting these nationalist ideas may be temporarily beneficial, they will tear our great nation apart. If the old norms of democracy are restored, hopefully these harmful ideas will die out as both parties recognize that they are not helpful in any way to the continuation of this great experiment of American democracy, the last best hope on earth.