The Sanitization of a Legacy 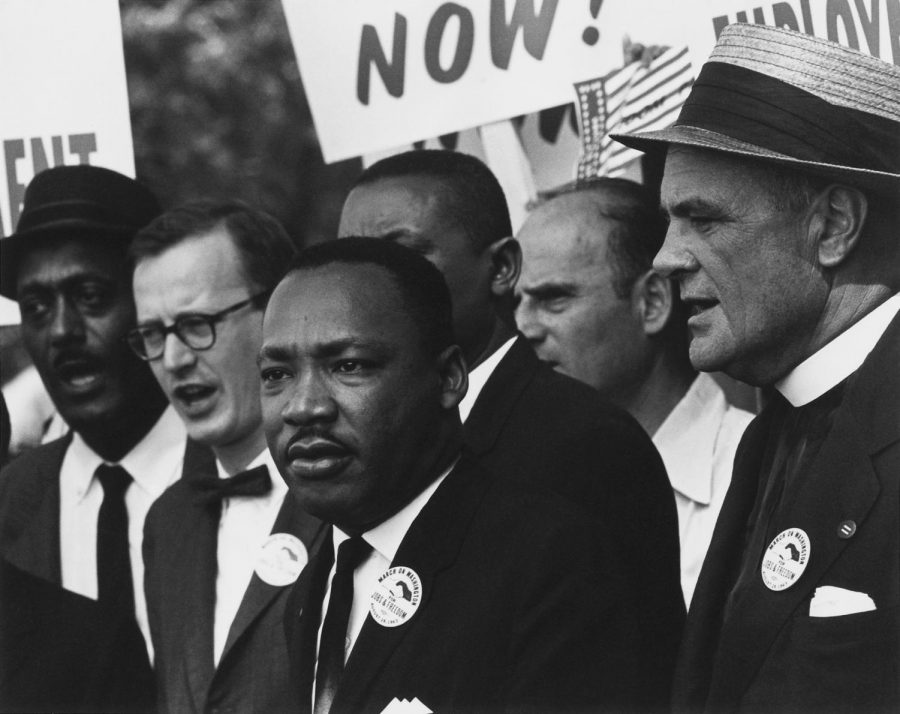 Image from Wikimedia Commons and in the public domain

Livy said, “The study of history is the best medicine for a sick mind.” The stories of our society’s formation shape the way we behave today. Yet, it is crucial that these stories are complete and not glorified tales that we tell to make ourselves feel better about who we were in the past. It is important to remember that Thomas Jefferson, though he wrote that “all men are created equal” also owned slaves, including his own children. It’s a strange thing to wrestle with, but it turns our 3rd president from a god-like figure for freedom into a man: a cowardly, brilliant man who valued wealth and leisure over the basic rights of his fellow humans.

Keeping that in mind, we celebrated Martin Luther King’s birthday on January 20th, a month ago. The reverend has become one of the most celebrated figures in civil rights history, with a statue in the National Mall dedicated to him and a federal holiday honoring him on his birthday. Schools like Cistercian honor his legacy by dedicating a Day of Service in which we go out and help organizations such as Feed My Starving Children and Habitat For Humanity. However, his legacy is a complicated thing that has been simplified to “I Have A Dream” for most Americans. It’s ironic to see tweets from corporations and the US Government talking about honoring MLK’s legacy when in reality, they hated him when he was alive in the 1960s. The same is said for many Americans who sincerely believe that they would have stood up and marched with him for justice and equality. If we’re being completely honest, that wouldn’t be true. Around the time of his death, MLK’s approval rating was in the low 30’s and many Americans, including black Americans, thought he was too radical. In the early 1960s, he had been heralded as a moderate because of his outreach to white people in order to get the Civil Rights Act of 1964 and the Voting Rights Act of 1965 passed. But, in 1967, in a speech to the American Psychological Association, he said that “urban riots must now be recognized as durable social phenomena.” Though he deplored their violence, they were now an inevitable part of the fight for justice. The black man was still being marginalized and oppressed and, to Dr. King, a riot was an effective way to shock a white community into seeing reality.

There are those today who disregard Black Lives Matter for being a “violent organization” and who have gotten angry at Colin Kaepernick for peacefully kneeling during the national anthem. There are those who tell critics of American policy to “Move to another country” since they don’t like it here. In a word, there are those who are wholly opposed to change because in their eyes, America functions perfectly fine. For those same people to turn around and assume that they would have fought with MLK for equality is almost funny. Somehow, they fail to remember that he was an outspoken critic of the country that he loved. He consistently denounced the USA and its “imperialist” policies in Vietnam. He criticized our country for its racist institutions that continued to oppress the black man. He was famously anti-capitalist and said things like, “One day we must ask the question, ‘Why are there 40 million poor people in America?’ And when you begin to ask that question, you begin to question the capitalistic economy.” There are also other Americans that choose to ignore the fact that Martin Luther King Jr. was a reverend and that many of his speeches centered around Christian ideals. He was not a purely political figure, as many secular leaders want to depict him.

In effect, we have butchered the true legacy of MLK to fit the vision of what we want him to be, while forgetting everything else about him. By choosing to only remember him as a man that called for unity and proclaimed his “Dream” to the world, we forget that he was a passionate preacher who also advocated for socialist and anti-imperialist policies after recognizing the vast inequality in America. By choosing to forget about the extreme resistance MLK faced on his fight for inequality from corporations and the government, we cut out crucial parts of the battle that he had to win. The origin of this butchering is unclear: it may be out of shame for the actions of our forefathers or it may be because we don’t want disagreeable ideas to taint the image that we have of an American hero. But the effect is still the same: we sanitize his legacy and we turn MLK into something he’s not. By choosing to forget about some facts like the FBI sending him a letter calling him a fraud and advising him to commit suicide, we erase a crucial part of the fight for freedom that he faced.

It is important to remember that MLK was hated in his time. Radicals thought he wasn’t going far enough, moderates thought he was going too far, young black people thought he was too preachy, etc. Multiple newspapers, like the New York Times, condemned him for not completely denouncing violence. A few months after the March on Washington, a poll found that 59% of Northern white Americans and 78% of Southern white Americans disapproved “of actions Negroes have taken to obtain civil rights.” A Gallup poll found that it wasn’t until 1995 that a majority of white American citizens supported interracial marriage between blacks and whites. Yet somehow, in 1999, MLK was voted the second most admired person in the 20th century (after Mother Theresa). This erasure of the legacy of MLK also hides the details of our country’s long struggle for civil rights. We have almost turned MLK into a deity, unable to be criticized, but in worshipping him, we hide his struggles, which means we lessen his achievements. By turning him into a legendary figure, we have made it difficult for Americans to really think about whether they would march with him or agree with him today.