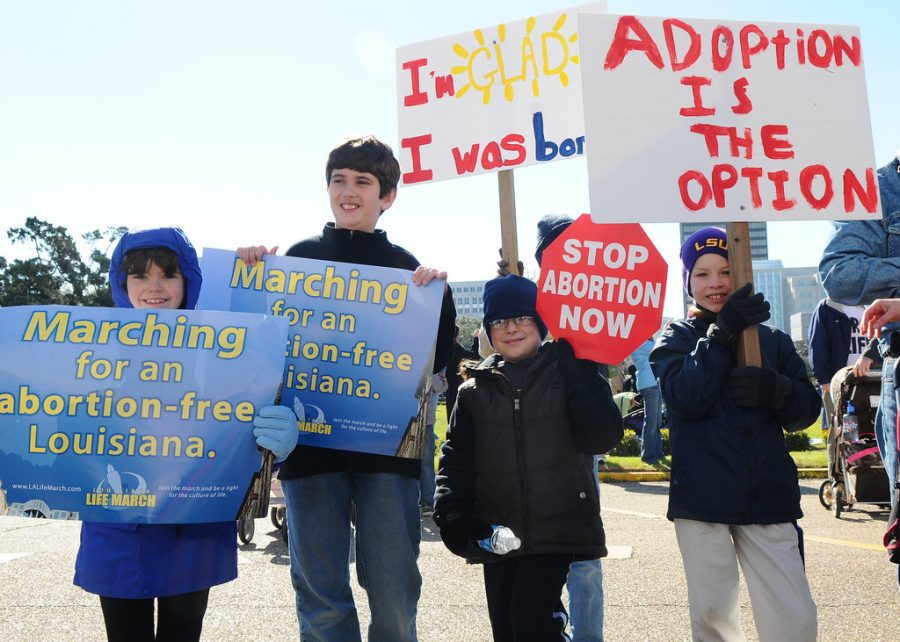 For Catholics today, one of the most pressing issues out there is abortion. I, as the co-president of the pro-life club, view abortion as a harmful and evil practice. There are many reasons why, which I do not have room to delve into, but my participation in the pro-life movement has shown me many things about pro-lifers and where we, as a movement, stand today.

It is a fact that most people, whether pro-life or pro-choice, view abortion as an evil. Most pro-choice people believe that it is a necessary evil for women, because there is, at the very least, a potential human life at stake. Pro-lifers, similarly, believe that abortion is not only evil, but is unacceptable and should be prevented at all costs. In many ways, the pro-life movement has become much stronger than it was 50 years ago. We have acted in greater accord, which have helped make real, tangible impacts against the practice. It must be said that pro-life laws definitely help prevent abortions. Over the past decade, state legislatures have passed more than 400 pro-life laws protecting the unborn. Some states, for example, have enacted heartbeat bills, which bans abortion after a heartbeat can be detected. Alabama has even enacted legislation which would provide legal protection to nearly all unborn children. These are the good things that the pro-life movement has accomplished, and the movement has, in recent years, been further helped by science. In a culture that is so science-obsessed, recent developments in fetal technology, such as ultrasound, have put a human face on those in the womb. It has become harder and harder to abort a fetus as its human attributes become more and more apparent. Late-term abortions are becoming more and more unnecessary and, as time goes on, appearing more and more untenable.

With the appointment of Supreme Court Justice Amy Coney Barrett, pro-lifers believe that an end to abortion in the United States is close. Not only is overturning Roe v. Wade unlikely, but it would not, unfortunately, help in states where pro-life causes are small. States such as California and New York would simply keep their abortion laws. In fact, pro-lifers will have a lot more work to do than just making laws. Another top priority for pro-lifers is making abortion unnecessary and this is far more challenging than just enacting laws. So, how can we help women out? Pregnancy help centers, which are mostly Christian, have helped greatly. However, while still recognizing their contributions, these places are not enough to stop the practice. Federal and state governments can help prevent abortion by giving mothers more paid leave, and other similar incentives. This could, in theory, prevent abortions by making the economic reasons for abortion less relevant.

Pro-lifers have, unfortunately, become very partisan as the years have gone by. As a pro-lifer, I am left with very few options: the Republican Party is the only political vehicle that pro-lifers feel can bring about change. This is not a fault of pro-lifers (or anyone in particular, for that matter), but merely an unfortunate happenstance. We, as pro-lifers, must reach across the aisle. This should not be just a partisan issue, but a human rights issue. Therefore, we must all work together to make abortion less needed. I hope that one day all humans can realize what evil they have done, and we can become a pro-life world helping all people in need—not only the born and unborn, but also their mothers and families. Together, we can forge a brighter future.