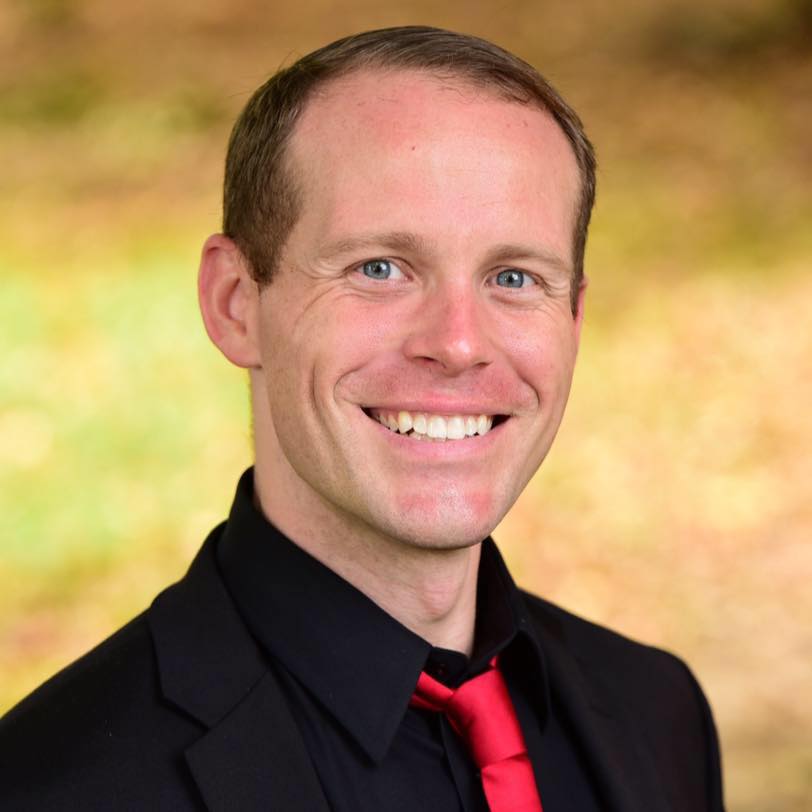 Cistercian welcomed several new teachers this past year, among them Mr. Lewis, who teaches Latin and Music in Middle School.  The Informer sat down with him to learn a little bit of his story and to hear his unique voice in a special performance.

So, what brought you to Cistercian?

I’ve known about Cistercian for a long time. I was a student at the University of Dallas, graduating in ’07. And I was a retreat house guide at Cistercian, on the premises cooking breakfast for the monks and answering the phones for them. So, I’ve known them for many years; Father Paul reached out to me last autumn when he found out that the long-standing music teacher would be leaving, and he asked me if I would be interested in the job, which I obviously was.

Did you major in music at University of Dallas?

At University of Dallas, I majored in English, concentrating in Latin, so it comes in handy now teaching Latin at Cistercian. But I got my master’s in sacred music choral conducting at the Catholic University of America.

What drew you to specifically sacred music?

I always loved it. At the University of Dallas, I sang in the polyphonic ensemble Collegium Cantorum and also in the Schola Cantorum under Father Ralph March at Cistercian. And especially in those two venues, I really came to know the beauty and richness of the sacred music compendium in church.

What drew you to Latin instead of English?

All along, I had enjoyed Latin ever since I was young and studying here. And then at the University of Dallas, I was taking Latin for my language before realizing that if I just took three upper level courses, I could concentrate in it, which was to my advantage later on when I got to teach Latin.

You majored in English with a Latin concentration; did you only read Latin or did you read the Latin with a separate English translation?

I have an English class and separately from the Latin one, because the Latin ones are in the original text. And a concentration at the University of Dallas is sort of like saying a minor.

What is your favorite part of teaching Latin?

My favorite part of teaching Latin is experiencing the enthusiasm of the students in the classroom as they make connections and discoveries in the language.

You’ve actually sung for those of us in the Renaissance seminar. So what drew you specifically to polyphonic Renaissance music?

Collegium Cantorum, going back to those days at undergrad at the University of Dallas was very pivotal, as has been singing in the ensemble Chantry, an early music ensemble in Washington, D.C., which specializes in Gregorian chant and sacred polyphony.

Ooh, that’s a good question. Actually, I keep talking with my 8th music appreciation class about imitative counterpoint, where a subject will happen in one voice and then be echoed in another one. So, I think I’d like to hear that more often.

Exactly. And this can maybe happen in the soprano voice and then be echoed in the bass voice, for instance. But I like that interplay and the connectivity that it engenders, in a more polyphonic structure rather than homophony, which is sort of the vertical composition that we commonly hear today.

You liked the ability that polyphony has to allow for interplay between a great number of voices and the unique constructions that offers, instead of just having one melody and everything else is the harmony or just support?

Absolutely correct. So they have a lot of autonomy while still combining in intervals. It allows for a greater complexity and depth in each of the songs we listen to.

What is your favorite part of teaching music?

My favorite part of teaching music is experiencing the joy and camaraderie that making music affords.

Are there any songs you’d be willing to sing for us today?

I can sing the opening phrase from Nessun dorma, which is a very popular tenor aria from the operatic world.

This interview has been edited for clarity and flow.