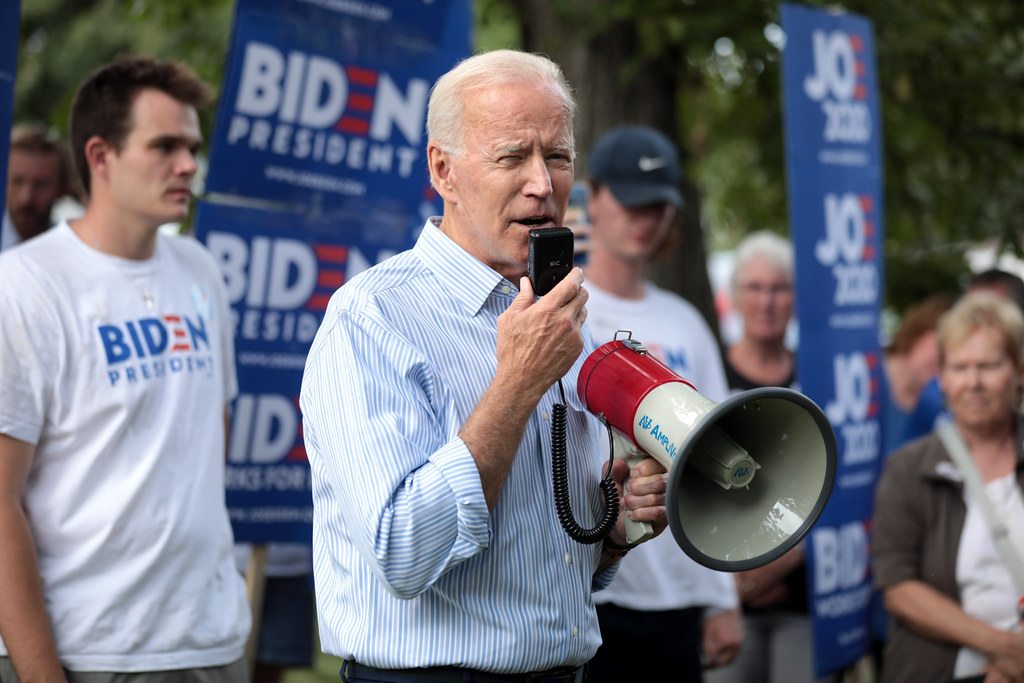 One of the hallmarks of Trump’s presidency has been his trade war. Sold to the American people as a way to protect American business and that “China will pay for it,” this trade war has ruined countless small businesses and family farms. Due to retaliatory tariffs from China and a decline in the net exports of crops to China, the US Government has had to bail out farmers with over $50 billion in aid per year, making up almost 40% of farmers’ net income. Other small businesses have been hurt as well. Because the tariffs were not applied equally for all goods, the Trump administration chose which American businesses would survive. If the raw material that you used was tariffed but the finished good your company made was not, then your costs raised while foreign competition stayed the same. And because of how Washington works, large corporations were able to lobby their way to an exemption from many of these treaties. Trump’s trade war failed, and this leaves President Biden with a fateful decision. He can either end the trade war with China and our allies, or he could double down on the tariffs with China, but instead of levying tariffs on our allies, he could get their help in this pursuit. This second path seems to be the one that Biden prefers.

The cornerstone of Biden’s domestic policy is a complete revitalization of American business, specifically small businesses. This could not come at a better time given the havoc that the pandemic has wrought on many of these family businesses. He wants to encourage manufactures to move their production to America. He wants all types of manufacturing to move back, including raw materials and goods that are necessary for an emergency supply line, like medical equipment. So what is he doing to encourage this migration?

Biden’s first major step is to encourage the government to buy American made goods. Under Trump, the Department of Defense has increased their spending on foreign goods. While the government is supposed to buy American, there are countless loopholes to get around this. Biden wants to close these loopholes and invest over $400 billion in buying American made goods. This ground level investment will allow many businesses to get government contracts that they may not have been able to get before because of the higher costs of manufacturing in America. Through this investment, Biden will support businesses who allow their workers to unionize, have good benefits, and pay their employees high wages.

Another part of Biden’s policy is to stop Chinese intellectual property theft. This is one area where he is very clear that he supports tariffs. He wants to make sure that American innovation stays in America and is not stolen. In order to spur on more innovation, he proposes investing $300 billion into private American companies researching artificial intelligence, medical breakthroughs, and countless other things. By investing this money, Biden hopes to keep American innovation at the top of the world and to make jobs in the process.

Another part of Biden’s domestic economic plan is his tax bill. He has criticized Trump constantly for what he calls “The Trump Billionaire Tax Cut”. This tax bill allowed companies to move their production offshore and pay less in tax for doing so than if goods were produced in America. This is a problem that Biden wants to solve with his Offshoring Tax Penalty. Any American company that makes goods overseas and sells them back into American will have to pay a 10% surtax on top of his proposed 28% corporate tax rate for a total of 30.8%. While this may not sound like a large difference, taking an extra 2.8% out of companies’ bottom lines should give them a monetary reason to stay in America, even with the higher wages in America. This may not be enough, however. He is also pushing for a $15/hour minimum wage, and if this happens, the cost of labor in the US may skyrocket and will be yet another hurdle that American manufacturing has to overcome.

Finally, Biden wants to crack down on the labelling of items as “Made in America”. He wants tighter regulation on this so that companies will be encouraged to move more of their supply line to America. Currently, only 51% of the value of the product has to be made in America for a product to be labeled as such. Biden wants to raise the percentage to attain this badge of honor. He wants to make sure that “Made in America” means what it says and is not just a marketing point.

But this change could not come at a better time, as the fate of many American businesses is up in the air because of the pandemic, and a collapse of small business could have widespread economic aftershocks.