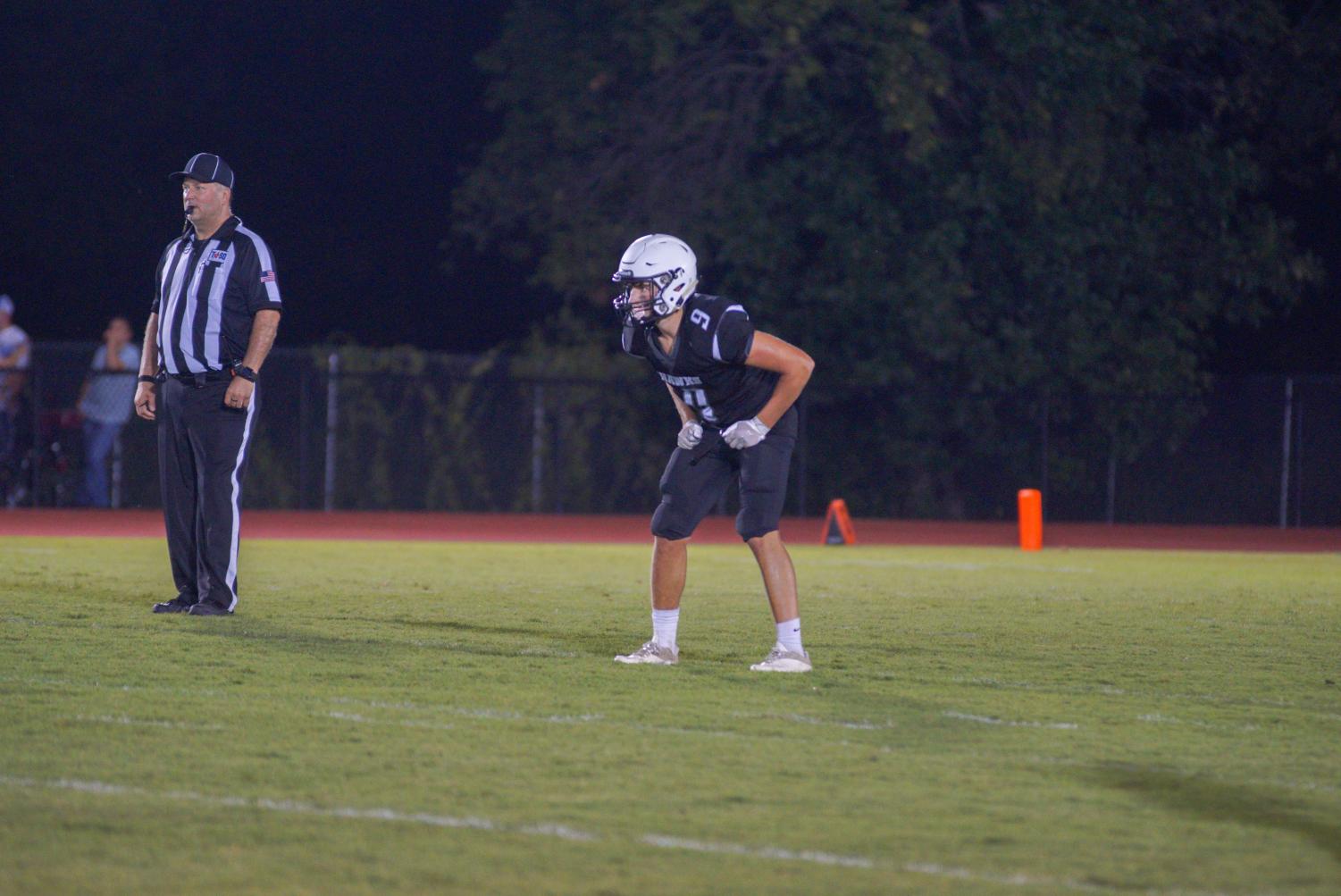 It’s an exciting time for Cistercian Football! The Hawks are ready to win it all after their 2021 season ended with a 5-5 record and a trip to the SPC Championship game. Made up of some of the best players in recent Cistercian history, and led by captains Stephen Cox, Gus Coligado, Nonso Unini, and quarterback Dan O’Toole, this team is ready for any school that dares to face them.

The Hawks’ offensive line resembles a brick wall, including players Charlie Humphreys and Aiden Harrod, who won’t let opposing defenders anywhere near O’Toole. At slot receiver, the Hawks feature Stephen Cox, Alex Dabbous, and Bryce Ardemagni, while over at wide receiver, JP Roppolo, Jacob Brown, and Mac Schneider have the speed to burn any defender that tries to stop them. Running backs Unini and Michael Peterman help drive the offense and are as comfortable blocking for their teammates as they are powering down the field with punishing rushes.

Connor Lipscomb and Ryan Sporl help anchor a defensive line that looks to build upon its success in the 2021 season. Mac Schneider, John Stigall, and newcomer Grant Nevitt look to solidify the defense near the sidelines at corner, while Jacob Brown, Stephen Cox, JP Roppolo, and Bryce Ardemagni protect the middle of the field at their safety positions. At linebacker, Michael Peterman and newcomer freshman Jacob Liu, who is replacing Patrick Garda after an unfortunate pre-season injury, back up the defensive line and will jump in wherever they are needed.

However, the players are only part of the team, and coaches are just as essential for a championship run. In addition to a skilled roster, the team is also lucky to have an experienced coaching staff, led by head football coach and offensive coordinator Coach Burk. Coach Bruce serves as the defensive coordinator. Leading the offensive and defensive lines are coaches Marin and Gray. Coach Taylor instructs the linebackers and wide receivers. A welcome addition to the coaching staff is Coach Walls, a former teammate of Coach Bruce at TCU, and a former member of the NFL’s Washington Redskins. Coach Walls shares his expertise with the corners and wide receivers.

On the sidelines, Dr. Matthew Nevitt, father of players Grant and Dean, and Trainer Phil Agtarap keep the hawks healthy and take care of any injuries that arise. Also helping out on the sidelines is senior student trainer Nicholas Ringdahl, keeping the Hawks hydrated and motivated. Last but not least, providing the team with crucial film of the highest quality is sophomore Theo Andrews.

The Hawks kicked off their 2022 season at home against JPII on August 26th. They showed no mercy in the season opener, clipping the Cardinals’ wings, and cruising to a crushing 51-0 shutout victory against the flightless birds. In the game, freshman kicker Dean Nevitt kicked multiple field goals and a successful onside kick. O’Toole had an impressive five-touchdown night, running in three and throwing two more. JP Roppolo and Nonso Unini each ran in one touchdown, while Michael Peterman caught and scored two touchdowns of his own. As impressive as the Hawks were on offense, the defense caged the Cardinals, only allowing 71 total yards and a single first down. This was a great start to the season, and expectations are high for another shot at the SPC Championship.

The rest of the 2022 season includes contests against traditional rivals St. Marks, Trinity Valley, Oakridge, Greenhill, and Fort Worth Country Day. The Hawks will also face new opponents Legacy Christian Academy, Grace Prep, and Houston Christian. September 30th is an important date on the calendar, as the Hawks host Houston’s John Cooper in a rematch of the 2021 SPC Championship game.

This season could prove to be historic for the Cistercian Hawks. They have a talented roster and are highly motivated to improve on last season’s near-championship performance. If the first game of the year against JPII is any indication of what is yet to come, then the Hawks are well on their way to bringing home the hardware this season. GO HAWKS!