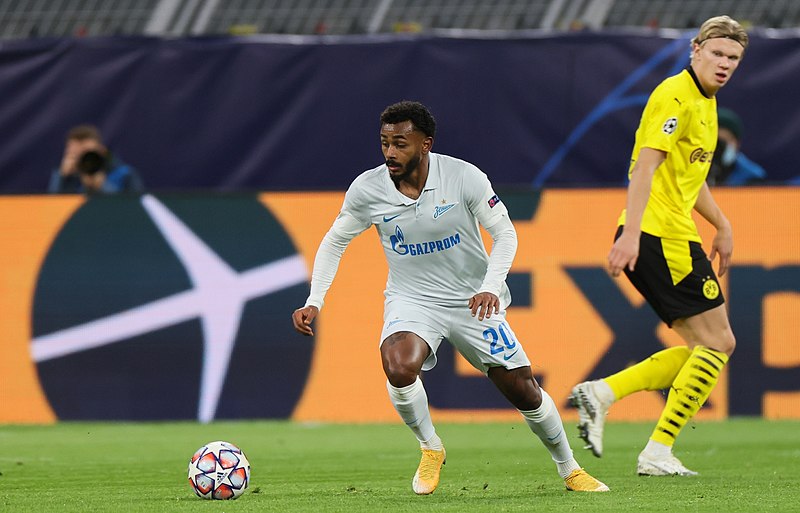 Last year, the Premier League ended excitingly, with Manchester City holding off Liverpool to win the league, Chelsea taking third, and Tottenham claiming the last Champion’s League spot, coming in fourth ahead of Arsenal, West Hampton, and Manchester United. Most of these teams have only improved over the offseason.

Arsenal signed Gabriel Jesus from City, giving Saka some aid on the offensive side of their squad. Chelsea signed another forward off of Man City, Raheem Sterling, which does not help their problem of having more talent than they can effectively utilize at one time. With the management aspect of the team still struggling to find it’s feet, Chelsea players, such as America’s own Christian Pulisic, are upset at the lack of playing time they are receiving. Liverpool had a similar problem, trying to balance playing time between their various highly talented players. Sadio Mane, who has been on the team for several years, is now on Bayern Munic, allowing for younger wings such as Luis Diaz and Diego Jota to get more playing time. The Reds also signed target forward Darwin Nuñez, who will give them some size to combine with the speed and skill of Mohamad Salah and the aforementioned wingers. City completed a similar transaction, but even more effective. Erling Haaland, perhaps the most talented young striker in the world, joined the squad this summer, leaving Borrusia Dortmund to unite with the Champs. Even though City lost Jesus and Sterling, Haaland has already shown how effective he can be on this super team, working with perhaps the best attacking mid fielder in the world, Kevin De Bruyne.

Tottenham retained its dynamic duo of Harry Kane and Heung Min Son, as well as signing Richarlison, the star Brazilian forward from Everton. The young star is yet to find his groove on the new team, but if he does, he could perhaps push Tottenham past the other teams competing to be top four, such as Manchester United, Arsenal, West Ham, and Chelsea. Liverpool and City are still the clear top 2 and are set to grapple for the number one spot this season just like the last. Manchester United, who many thought would be a new super team after adding Christiano Ronaldo from Juventus several years ago, have yet to put all the pieces together. Ronaldo is famous for being a one man team, and it is possible his ability is no longer at that level. Either way, a team with a player such as Ronaldo, as well as Marcus Rashford, David De Gea, Fred, and others, should not be losing 4-0. They also recently added another highly skilled player, Brazilian winger Antony from Ajax. Evidently, Man U cannot get enough highly skilled forwards. West Ham United, after coming off a respectable seventh place finish, look less dominant this year. After starting off the season 0-3, they are attempting to recover. Having added Brazilian midfielder Lucas Paqueta to the already talented core of Declan Rice and Jarrod Bowen, they need these players to lead the less skilled aspects of the team. Leeds United, who were on the lower half of the table most of last year, beat Chelsea 3-0 early in the season. Their American-filled team has potential to do well. Rumors have it that if Christian Pulisic was the leave Chelsea, he would likely end up on Leeds. A player of this talent would not make them championship contenders, but they would definitely be a quality team.

The Prem is set to look similar to last year, with some teams improving, to potentially make the champion’s league, and others on the decline.