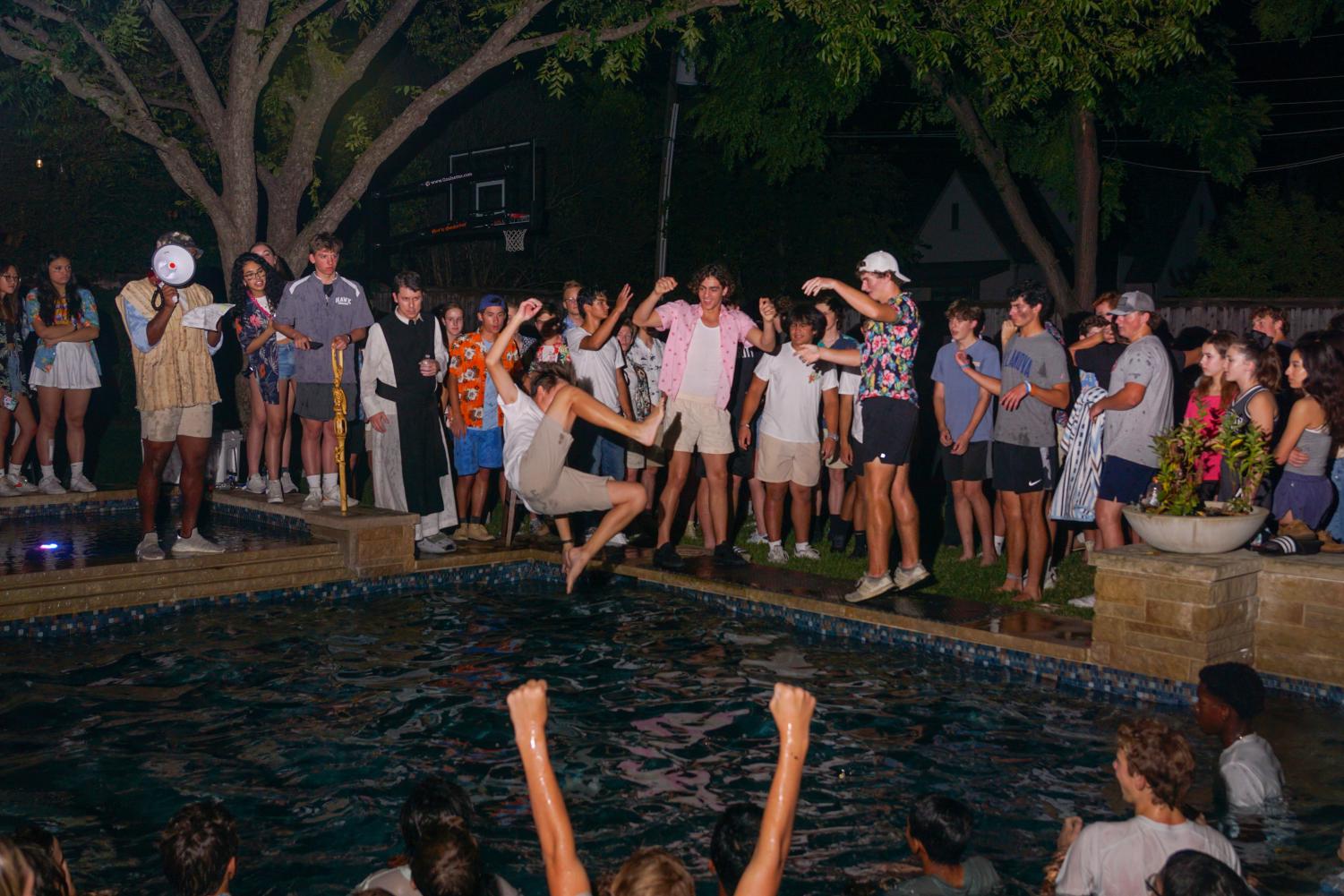 As a member of the freshman class of 2026, I had a hands on or, more accurately, a head-first experience at the freshman baptism. Because it is the first big ritual my form had, I was hoping for the best.

Before the main event, we all attended the first football game of the season. It’s nice to know that even after the transition from Fourth Former to freshman, the form can still engage in many of the same activities we did at past football games. After the game, we all headed to the buses to ferry ourselves to the after-party, or at least tried. There was quite a lot of commotion, but eventually everyone managed to find the buses, pay the fee, and settle in for the drive. The bus ride felt like every other Cistercian bus ride I’ve been on in the most comforting way possible. The shouting, singing, and the flying items in the air really made it feel like home.

After a good bit of partying and talking, it was time for the main event, the sacrament of the evening, the freshman baptism. The seniors had us all get in line alphabetically, which took a while with all the new names, but eventually everyone settled in. Olusegun Abitoye laid down, and it began. It was hard to see him through the crowd, but  we all shouted anyway. As more students were thrown in, our shouting got louder and louder. First Abitoye, then Ave, and so on. I think it’s important to state that we didn’t really know much about about the event beforehand. We were only told that we’d be thrown in, nothing else, and many of us didn’t know the seniors well at all. We watched as more of our comrades were thrown into the pool, and the crowd in front of us became thinner and thinner. It was amazing to experience the electric feeling of everyone shouting for each and every one of us. The line got small enough that I could see the process. The student would lie down on a rubber mat faceup and two seniors would grab his arms and legs. One swing, two swings, three swings, and the student’s body flies through the air, cheers crescendo, and the freshman disappears below the water line with a resounding splash. The cheering and throwing continued as this process was repeated over and over. Before I got to the front, Thomas Sfikas came up to me and told me that that all the throws before had been unsatisfactory and I need to tell the seniors to try to launch me. I accepted. I walked up to the rubber mat and quickly lay down on the rubber mat, telling the seniors to SEND me. I prepared to be thrown, braced myself; I was ready. I was also the wrong  way around on the mat. I corrected and was flipped so high that I can still feel the crash into the pool. When I jumped up and resurfaced and saw my friends shouting my name and cheering for me, I instantly knew that this was going to be a good year.